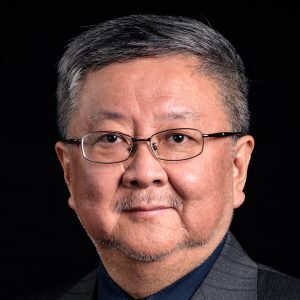 Head of Woodwinds of YST Conservatory of Music, NUS

Zhang Jin Min graduated from Beijing’s Central Conservatory of Music in 1982 studying with Professor Liu Zhigang, and won a French government scholarship to study at the Paris Conservatoire where he obtained an advanced performance certificate and was awarded a gold medal for chamber music. From 1984 to 1985, he was the Head of the Brass and Woodwind Departments at the Central Conservatory in Beijing, and at the same time, managed the China National Youth Orchestra. Following this, he received a government scholarship to pursue the Master of Music degree at the Geneva Superior Conservatory. He was a member of the Orchestra de la Suisse Romande before joining the Singapore Symphony Orchestra as Principal Bassoonist in 1987. As of June 2017, he was appointed Guest Principal at the Shanghai Symphony Orchestra under invitation by Maestro Yu Long, and teaches woodwinds in the Shanghai Symphony Orchestra Academy. Effective 1 September 2018, he will be appointed Distinguished Professor at the Tianjin Conservatory of Music.

A widely respected performer and teacher, Zhang Jin Min has been a visiting artist at major conservatories in Europe, including the Geneva Conservatory in Switzerland, Academy of Saint-Maur in France, and Graz Academy of Music in Austria. He has taught and conducted masterclasses at many conservatories in China. He has also been appointed as a visiting professor at the Central Conservatory. He was recently honoured by being named as the first artist consultant to the China Association of Musicians (Bassoon Association) for his outstanding contributions to music in China. Recently, he has given masterclasses and solo performances in Hochschule der Kunste, Bern and Geneva Superior Conservatory, Switzerland. He is also a Board Member of the Asian Double Reed Association.

Zhang Jin Min has been a member of the artist faculty at the Yong Siew Toh Conservatory since 2003 and in 2013, he was appointed the Adjunct Associate Professor of Bassoon. Following his retirement after 30 years of long service in the Singapore Symphony Orchestra, he was appointed a full-time associate professor in YST, National University of Singapore starting from 1 July 2017. He is Head of Woodwinds, and was responsible for setting up and coordinating its woodwind chamber music programme, and for coaching the wind section of the Conservatory Orchestra. He was also conductor of the Conservatory Chamber Winds in the 2005/2006 academic year. A dedicated music educator at heart, he will continue his effort to contribute to Singapore’s society and its musical development.