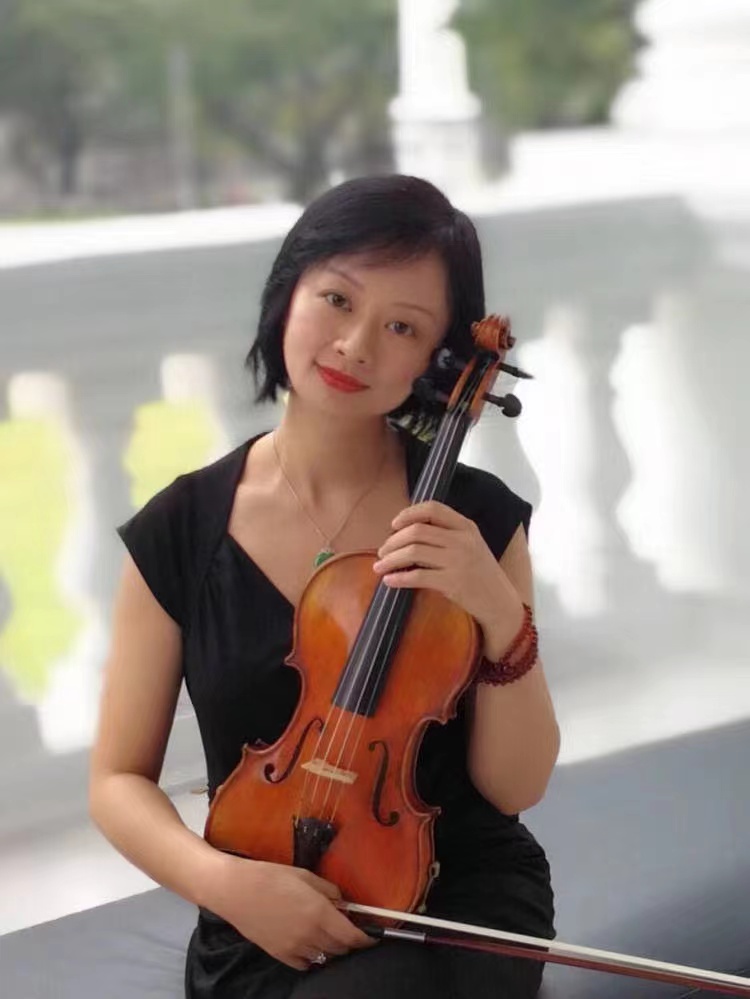 She then moved to the States to further her violin studies with eminent violin pedagogue Professor Alice Schoenfeld at the University of Southern California (USC). Yuling became the only violinist from California who held a seat in the first violin section in the Disney Grammy Collegiate Orchestra. Upon returning to Los Angeles, she was invited to lead the South Bay Opera Orchestra in the capacity of Concertmaster and was also appointed Assistant Leader of the Youth Musician Foundation’s Debut Orchestra, and the American Youth Symphony Orchestra.

Yuling has performed under the baton of esteemed conductors and shared the stage with distinguished musicians, namely Zubin Mehta, Elmer Bernstein and John Williams amongst others. She attended the Schleswig-Holstein Music Festival in Germany on a full scholarship and went on to perform with Christoph Eschenbach, Mstislav Rostropovich and Vladimir Spivakov.

In 2000, Yuling received an Assistantship from USC, won First Prize in the Competition for Excellence in Diversity held in Los Angeles and was invited to perform with the Los Angeles Philharmonic at the Hollywood Bowl. She eventually moved to Singapore where she successfully auditioned for a seat in the first violin section of the Singapore Symphony Orchestra (SSO).

Aside from being a full-time musician at the SSO, Yuling was invited to be a lecturer in the School of Young Talent (SYT) division at the Nanyang Academy of Fine Arts (NAFA) from 2000 to 2012. Eventually, she was offered the position of Head of String at SYT and coached the violin sections of the Singapore Chinese Girls’ School String Ensemble as well as the Symphonic Orchestra at the National University of Singapore.

Yuling is also active in the Chamber Music scene, being a founding member of the Feng Trio, which made their debut Chamber Recital in Singapore in 2001. In 2003, she was invited by SSO Music Director, Lan Shui, to perform as a soloist at the then-new Esplanade Concert Hall.

Having taught the violin for more than twenty years, she has nurtured students who have managed to successfully enrol in the School of The Arts in Singapore, both the Idyllwild Arts Academy and Boston University in the States, as well as the Sydney Conservatorium High School in Australia. Her students have also managed to win the Singapore National Violin Competition, the Platinum award, Bow Prize and the Best String Player Prize in the 2012 Performers Festival. Her LRSM (Licentiate from the Royal Schools of Music) student has been invited to perform in the Associated Boards of the Royal Schools of Music (ABRSM) High Scorer’s Concert in 2014.