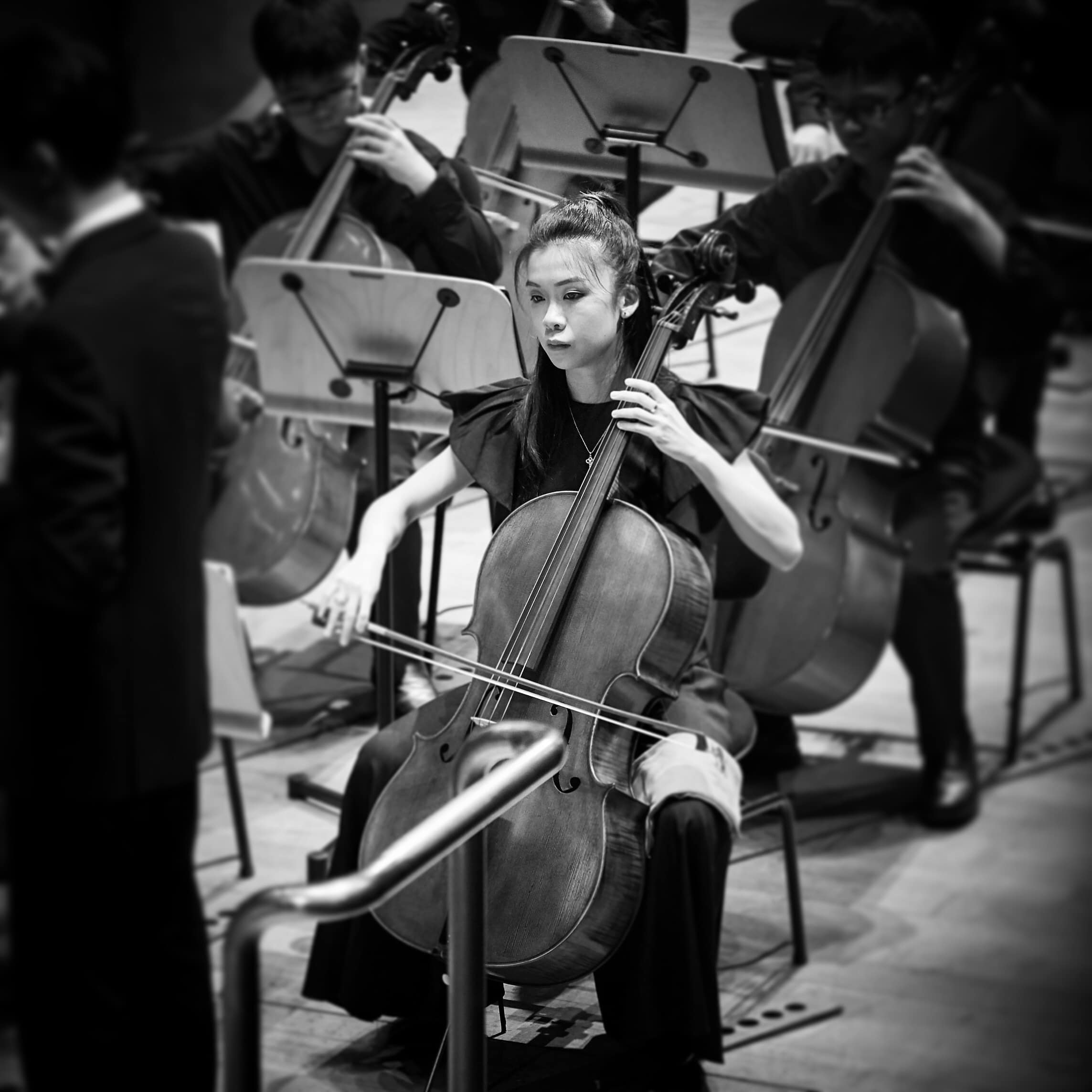 Singaporean cellist and pianist Amanda Zhu is a graduate from the Royal College of Music and has trained with world-class professors from London, Germany, Scotland, Singapore and Shanghai. During her performance career, Amanda has performed and recorded at prestigious venues such as the Esplanade Concert Hall, Shanghai Concert Hall, Royal Festival Hall, Royal Albert Hall and the iconic Abbey Road Studios in London. She has played under the baton of highly acclaimed conductors including Vladimir Ashkenazy, Bernard Haitink and Rafael Payare, and also worked personally with world-renowned minimalist composer, Steve Reich.

​Throughout her years of studies, Amanda had the privilege to attend masterclasses with the late Johannes Goritzki, Julian Lloyd Webber and Kenneth Hamilton. Amanda also performed for multiple distinguished guests, including the late former president of Singapore – S.R. Nathan and former prime minister of London, Sir David Cameron. In 2012, Amanda was featured as a young international soloist, with the Shanghai Baroque Chamber Orchestra; in a concert that was broadcast live to millions.

Apart from being a soloist, Amanda enjoys performing with her chamber groups – The Piano Trio and Aurelia Trio. Although performing was her first calling, Amanda’s interest in conducting grew over her years of study at the Royal College of Music and has directed professional chamber orchestras during her time in London. She is also hugely passionate about inspiring other budding musicians through music education and outreach; and is the radio presenter for the weekend program – ‘Saturday Lunch with Amanda Zhu’ on Singapore’s only classical music radio station, Symphony 924.