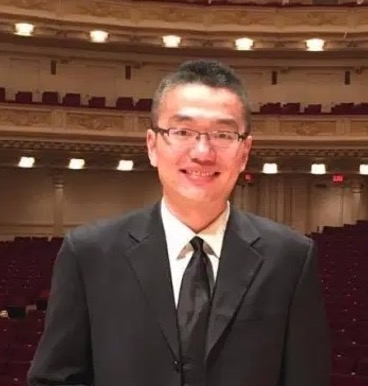 Qian Yinbin is a violin lecturer at the Zhejiang Conservatory of Music and a young violinist in the United States. He has joined the Baltimore and Detroit Symphony Orchestras as a guest violinist and served as a fellow violinist for the Albany, Hartford, Princeton, Harrisburg and other orchestras. Yinbin has an active involvement in many summer music festivals including the Chinese Young Musician Training Program, Colorado Music Festival, Maine Chamber Music Workshop, Texas Round Top, German Schleswig-Holstein and Hong Kong Asian Youth Orchestra.

Yinbin graduated from Shanghai Conservatory of Music, San Francisco Conservatory of Music, Bard College of Music in the U.S. and Rutgers University College of Music in New Jersey, and received a doctorate in music arts. He received tutorage under Chen Xinzhi, He Wei, Li Weigang, Ilya Kaler, Carmit Zori and other professors. In 2011, he was admitted to the Civic Orchestra of Chicago as a violinist. As a representative of the orchestra, he participated in the “Silk Road” Orchestra workshop performed by Yoyo Ma as the director. In 2015, he took the stage at Lincoln Center in New York as the principal of the American Rutgers Symphony Orchestra. In the same year, he was invited to be the guest violinist of The Orchestra Now Orchestra of Bard College in the United States on stage at Carnegie Hall in New York. In 2018, he won the Rutgers University Concerto Competition and successfully performed with the orchestra as a soloist. In the same year, he was awarded the Grammy Award as a violinist of the Albany Symphony Orchestra, he took the stage at the Kennedy Center for the Arts in Washington. In 2019, he was invited to hold concerts and lectures at the School of Music of Hong Kong Baptist University.